Delivering on the SDGs will require a system reboot 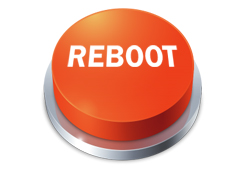 The year of 2015 has been heralded as setting out a new roadmap for ‘sustainable development’ with both the SDGs and COP21 having delivered more clarity than we have had for a long time on the biggest challenges of our times.

For progressive businesses, the Sustainable Development Goals represent both a set of 17 challenges and 17 opportunity spaces. The SDGs are likely to become a common benchmark of societal progress and accountability for business, government, media and civil society. Indeed, one has to assume that future national and multilateral market rules, regulations and incentives, as well as evolving social norms, will start to reflect the SDG framework – and so canny businesses will seek to align their future strategies accordingly.

But, as I have argued elsewhere, the SDGs cannot on their own be seen as a panacea to seemingly intractable issues such as global poverty, inequality and rampant consumerism.

For smarter companies to step forward to engage with the complex process of improving on and evolving the SDGs, they will also need to recognise the challenge of legitimacy therein. The process will need to be multi-stakeholder, transparent and fully accountable to society if it is to avoid accusations of ‘bluewash.’ Indeed, many herald the SDGs as opening up a new era of partnership with society.

Those companies wishing to be part of the evolution of the SDGs need to recognise and engage with the active disillusionment of much of civil society about the process, narrative and content of the SDGs and accusations of  corporate capture.

Indeed many in civil society, such as the People’s Goals alliance, are angered that the SDGs have framed ‘the story of poverty’ as one in which poverty is seen as a disease, in which rich-world governments and private-public partnerships have successfully ‘made poverty history’ and one in which no truly systemic overhaul of our economic system, power-structures, endless-growth, consumerism and narrative of ‘prosperity’ and ‘progress’ is required.

Those of us active at COP21 in the interface between the COP process and progressive business recognise the role business can play in advancing sustainable economic development. But let’s not kid ourselves that the SDGs, as currently constructed, will get us to where we need to go. System reboot will require a creative destruction of much that we now think of as standard practice.

So the smart money in my mind is on those businesses that recognise that we need a system reboot, not incremental change, and that a digitally empowered, p2p, more mutualised fourth industrial revolution might take us to a new economy fit for people and planet.

Research suggests that, as yet, many businesses are not clear about how to engage with the SDGs. So here is a suggested starting list of things to do:

Jules Peck is a Founding Partner at Jericho Chambers, a member of The B Team Advisory Board, founder and convenor of the Real Economy Lab, a Trustee of the New Economics Foundation think-tank and of the Happy City initiative.