Article: Economic (and other) Impossibilities for our Grandchildren 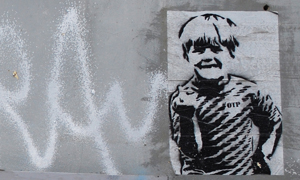 A 2013 Pew Center opinion survey of 39 countries found that only 33% of Americans and 17% of Brits believe their children will live better lives than they had.

And evidence of our imminent freefall into climate-chaos and debtonationsuggests that they are right to be so pessimistic. Indeed, for the first time in human history life is now likely to be worse for our grandchildren than it has been for us.

That’s a sobering thought. It’s the end of the post-Enlightenment narrative and paradigm of ‘progress’. As Noam Chomsky is saying, things aren’t getting better any more. They are getting worse.