Article: Six principles that brands must follow to survive 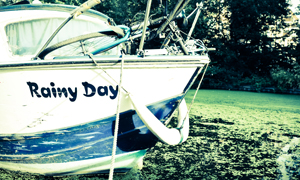 The following article by J Walker Smith (executive chairman of The Futures Company) was recently published on PR Week.com, and sums up the findings of a soon-to-be-published Futures Company pamphlet, which was co-authored by Jericho Chambers Founding Member, Jules Peck.

As pressure mounts on the world’s resources, brands must reconfigure themselves to be sustainable citizens.

More and less are on a collision course. Already, we are testing the limits of water, food, energy and climate. Another billion people are expected to exist by 2030, which will test global capacities even further. More is needed for the next leap forward in global wellbeing, yet if things keep going along the same old lines, there will be less to go around.

‘Business as usual’ is fast becoming a bygone relic of a time when limits mattered little. As American writer and political activist Susan Sontag wrote in the 1970s, established ways of managing brands have been “cannibalized by progress”.