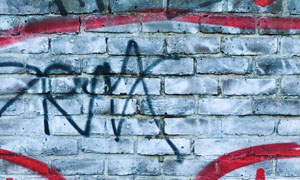 President Clinton was in town recently at an event with BoE Governor Mark Carney, Christine Lagarde, Paul Polman and Prince Charles amongst the many speakers. In the room were alleged to be the people who control a third of the world’s liquid assets – in short the 1%.

Why this flurry of new efforts to reframe, recreate or reform capitalism? One reason is clearly that 2008 and its ongoing repercussions have shaken many shibboleths and challenged assumptions about the viability of anything like business-as-usual. As Nafeez Ahmed says  of the Inclusive Capitalism event “central to the proceedings was an undercurrent of elite fear that the increasing disenfranchisement of the vast majority of the planetary population under decades of capitalist business as usual could well be its undoing.”

As co-chair of the Inclusive Capitalism taskforce, McKinsey managing director Dominic Barton, explained “… there is growing concern that if the fundamental issues revealed in the crisis remain unaddressed and the system fails again, the social contract between the capitalist system and the citizenry may truly rupture, with unpredictable but severely damaging results.”

Notable members of the 1% are now openly speaking what would have been heretical thoughts not long ago. Legendary fund manager and head of GMO Jeremy Grantham has recently said: “Capitalism does millions of things better than the alternatives. However, it is totally ill-equipped to deal with a small handful of issues. Unfortunately, they are the issues that are absolutely central to our long-term wellbeing and even survival.” And Oystein Dahle, ex VP of Exxon Mobil said that communism collapsed: “Because it didn’t allow prices to tell the economic truth. Capitalism will collapse because it doesn’t allow prices to show the ecological truth.”

Another reason for this flurry of activity is that the mainstream has noticed an explosion of alternative practices, such as those of the ‘collaborative economy’, that represent real threats to this business-as-usual mindset and hegemony.

Indeed, Kevin Keely, former executive editor of Wired has said “How close to a non-capitalistic, open source peer production society can this movement take us? Closer than we thought.” Visionary thinker Jeremy Rifkin talks of a “collaborative commons eclipsing capitalism” and Harvard Professor Jim Heskett says “Now questions are again arising about whether we are about to experience a post-capitalist society centered around the creation and sharing of goods and services that have marginal costs approaching zero”. Echoing this, the BBC’s Paul Mason predicts that newly networked and disenfranchised citizens will soon bring us into a ‘Post Capitalism’ world.

Alongside this new ‘fractional’, ‘sharing’ economy are multitudes of other fast growing movements such as the Maker movement, the interest free money system, the Transition Towns movement, the Commoning, P2P and Commons movements and the global cooperative movement with 1bn members, 100m employees and worth $trillians.

Professor Gar Alperovitz, a leading thinking and practitioner in the new economy, has recently said “just below the surface of media attention literally thousands of grass roots institution-changing, wealth-democratizing efforts have been quietly developing.” Along with people like Professors Erik Olin Wright, Steve Keen, John Bellamy Foster and David Schweickart, Alperovitz is just one of many academics and think-tanks actively working on the shape and functioning of a radically new form of economics.

Wonderful and hopeful as all of this is, the problem with these hundreds of emerging schools of thought, practice, movements and initiatives is that few of them seem to be aware of each other, let alone collaborating and cross-fertilizing. No one seems to know how they do or don’t fit together, what kind of ecosystem they might create and how collectively they might have some answers to the reform of economics and politics.

Frustrated by this lack of clarity and in response to all this activity, a group of us have set up an initiative called the Real Economy Lab which hopes to map all this activity, to understand how it all fits together, what gaps in thinking and experimenting there may be, and to provide a space where these many initiatives can collaborate and coalesce into a global movement for change.

We want to help dial up the voice of the 99% into the global debate about the future of economics and commerce.  Perhaps the 1% are right to suspect that their time in control might need to cede to a wider collaboration with new insurgent movements of the 99%. As Einstein said, “Those who manage their way into a crisis are not necessarily the right people to manage their way out of a crisis.”

Some of the questions and movement the Lab are examining and connecting with include:

In some ways the questions these movements and schools of thought are asking are far from new. For instance, JS Mill said that “The social problem for the future we consider to be how to unite the greatest liberty of action with a common ownership in the raw material of the globe, and an equal participation of all in the benefits of combined labour.” But what is new is that, for those of us tuned into these worlds, it feels like there is an insurgent quickening in the pace of innovation and change with many counter-cultural experiments reaching scale in what seems like the blink of an eye.

The future is already here

This might all sound like naval gazing academia. Interesting but at best a sideline to the real business. But despite the denial of the mainstream media, these movements are emerging as a real force to be reckoned with. We are living through revolutionary times with potentially radical changes already underway.

As Harvard’s Professor David Korten puts it “Imagine an economy in which life is valued more than money and power resides with ordinary people who care about one another, their community, and their natural environment. It is possible. It is happening. Millions of people are living it into being. Our common future hangs in the balance.”

But, as William Gibson said “The future’s here, its jut not evenly distributed.” We need far more collaboration if we are going to bring these things to scale.

My hunch is that those who assume we can and will carry on with just a somewhat tweaked business-as-usual are mistaken. And the smarter people in the mainstream are starting to tune into this. Unilever’s CEO Paul Polman, for instance, is involved in a number of these interesting initiatives.

Where all of this goes next is up to us. And whether what emerges from the maelstrom of change underway will be ‘capitalist’ or not is unclear. As Jim Stanford of www.economicsforeveryone.com says, “Capitalism represents just one phase (and a relatively short phase so far) in the evolution of human activity. That long process of evolution is not going to suddenly stop. We haven’t arrived at some economic nirvana: a perfect system which can’t possibly be improved. I suspect we’ll end up with something quite different to capitalism: in which most production is no longer undertaken by private, profit seeking companies and most work is no longer undertaken solely in return for a money wage.” ”

Churchill wrote that “the inherent vice of capitalism is the unequal sharing of blessings”. Perhaps its time not just for yet another patch or reboot but an entirely new way of doing things in which we finally share out those blessings?