Making Sense of the ‘New Economy’ 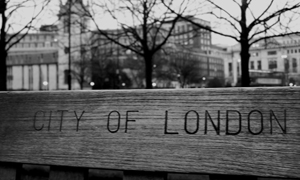 Ever wondered what the ‘new economy’ actually looks like, who the players are and how they interrelate? The Real Economy Lab is excited to able to announce that, after extensive consultation, we have now initiated a survey of hundreds of initiatives on the ‘new economy’ as part of our mind-mapping process. The resulting, highly visual, mind-map will we hope serve as a foundation for a converging of the ‘tribes’ of the new economy.

There’s a growing consensus that our current economic system is failing to work for the wellbeing of people and planet, intent and reliant as it is on exponential growth on a finite planet and on the concentration of power and resources into the hands of the few.

So what might the alternative be? In many forms and guises, a distributed and diverse global ‘new economy’ movement for change has arisen in contrast to this status quo. We hear a lot about this ‘new economy’. But what actually is it?

Well, it’s a movement that includes a wide ecosystem of initiatives creating exciting new ways of doing business, living and interacting. As of yet it exists as a tentative patchwork held together by the common desire to manifest a new shared reality, a new way of creating, connecting and being which is, beyond the constraints of private ownership, of unending growth and the perhaps now redundant form of economics we call capitalism.

You won’t hear much about it in the mainstream media though. As Professor Gar Alperovitz, a leading thinker and practitioner in this area, recently said: ‘Just below the surface of media attention literally thousands of grassroots institution-changing, wealth-democratising efforts have been quietly developing.’ Around the world, citizens are taking control and creating a new economy out of the ashes of the old.

But despite all this great work going on around the world, it’s hard to see how this plethora of work fits together into a broader ecosystem, let alone a coherent progressive force pulling in the same direction an becoming more than the sum of its parts. How do the ‘tribes’ within this ecosystem relate to each other? How does the practitioning link to (or not link to) various schools of thinking about how a new economy could function? What might practitioners learn from each other and how might they be able to combine forces?

Without such an understanding it’s perhaps no surprise that there is little in the way of a concerted progressive movement working together to mainstream this new economy. Perhaps, if we could all point in the same direction, we might be able to do what the shock doctrine regressives did so successfully in ensuring neoliberalism succeeded for so long.

Without a convergence of these movements, it is hard to see how the currently disconnected parts of the new economy can build towards a Just Transition. But if such a convergence is to be possible we first need to see and understand the emerging new economy ecosystem in all is complexity.