Mapping the transition to the new economy 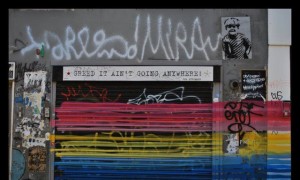 Recently New Start featured a blog championing a manifesto for local economies which covered many ideas of relevance to a new initiative, the Real Economy Lab, a collaborative investigation exploring and mind-mapping a practical, sustainable, equitable new economy as it unfolds around the globe.

Anyone following the kinds of themes covered by New Start will be aware of the increasing array of practitioners and thinkers working towards a new economic system and a more sustainable form of development and regeneration. Some of the most innovative things going on around the world in this space are happening in cities, often grassroots led and sometimes facilitated by enlightened local authorities.

From citizen-activists taking control of disused housing in east London, factories in Argentina or whole areas as with the Co-operativa Catalana Integral, participative budgeting in Paris and Porto Alegre, the Quebec Social Economy, Build the City, Transformap, the Commoning and Transition Towns networks, citizens are taking control and creating a new economy out of the ashes of the old.

As Professor Gar Alperovitz, a leading thinker and practitioner in this area, recently said: ‘Just below the surface of media attention literally thousands of grassroots institution-changing, wealth-democratising efforts have been quietly developing.’