Mind-mapping the transition to the new economy 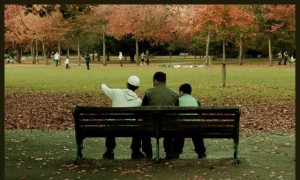 Recently Transition’s co-Founder Rob Hopkins responded to a critique of the Transition movement by Ted Trainer. Trainer’s critique was much discussed at the annual Degrowth Congress in Leipzig which I have blogged about already.

Trainer’s critique suggested that there is little more to the Transition Towns movement than community gardens. Naturally anyone who knows much about transition will know that’s just not the case. And Rob has made a very good response to this already many times.

In this blog I want to share with readers an exciting piece of new work that Transition Network is part of and which illustrates just one way in which it this global movement is grappling with really complex big issues relating to the future of economics and the whole way we produce and consume, live and work.

The Real Economy Lab is a new collective enquiry and movement building initiative. The Lab is being led by myself working closely with Peter Lipman, Chairman of Transition Network, Tony Greenham, a Transition Network Trustee and the Head of Business and Finance at Nef (the New Economics Foundation) and Alice Martin of Nef. Its supported financially by the Swiss Fondation Charles Léopold Mayer/FPH and Nef.

The Lab responds to the context in which our current economic system is patently failing to work for the wellbeing of people and planet. It’s an economic system intent and reliant on exponential growth on a finite planet and on the concentration of power and resources into the hands of the few.

But the alternative future is already (partly) here, emerging in pockets of light around the world. Aside from nearly 500  Transition initiatives worldwide, there is a vast and increasing array of practitioning and thinking around what is being called the ‘new economy.’ As Professor Gar Alperovitz, a leading thinker and practitioner in this area, has recently said “just below the surface of media attention literally thousands of grass roots institution-changing, wealth-democratizing efforts have been quietly developing.”

This includes movements as diverse as the many members of the Post Growth Alliance and New Economy Coalition, and the P2P, commoner, maker, sharer, buen vivir, collaborative economic, social solidarity, direct action,  localisation  and co-operative movements and numerous others. All of these groupings themselves include many individual initiatives or what we are calling ‘tribes’. And many are being supported by enlightened local government initiatives like those of Bristol’s Mayor George Ferguson in his support for things like Bristol Pound – an exciting initiative that Transition Bristol have helped create and nurture.

So whats the problem the Real Economy Lab seeks to respond to? Well, despite all this great work going on around the world, it’s hard to see how this plethora of work fits together into a broader ecosystem, let alone a coherent progressive force pulling in the same direction.  How do the ‘tribes’ within this ecosystem relate to each other? How does the practitioning link or not link to various schools of thinking about how a new economy could function?

Without such an understanding its perhaps no surprise that there is little in the way of a concerted progressive movement working together to create to new economy. There is a feeling that if we could all point in the same direction we might be able to do what the shock doctrine regressive did so successfully in ensuring neoliberalism succeeded for so long.

In this context, the Real Economy Lab is focused on helping emerging global movements working towards the development of a new economics to connect the dots and help to ensure that their impact can be greater than the sum of their parts.

Our first, and current task is to create a mind-map of the international new economy ecosystem. We see this ecosystem made up of many ‘tribes’ that sit within a series of meta categories. Transition would be just one of these many tribes.

Through desk research and a wide international consultation we’re developing an information database and taxonomy to act as the basis of a mind-mapping of the international new economy ecosystem to understand what various tribes are doing and planning, why and how.

We’ve identified a number of meta-categories within each of which sit hundreds of separate, though sometimes connected, ‘tribes’. These categories are;

II. The seeds of change – movements and experiments with alternative ways of living and working which are actively responding to the challenges of focus in category I.;

III. Local or national governmental support for the new economy;

VII. Mainstream voices breaking from the pack and questioning accepted orthodoxies on economics;

Based on our research and consultation we are building a database that will map for each tribe things like their:

Based on this taxonomy and database and utilizing tagging and qualitative research software to create diagrams of relationships between concepts, themes and ideas, the resulting mind-map will provide a detailed and highly interactive online platform which we hope will be of great use to these tribes in formulating their strategies and collaborations.

Imagine an evolving multi-dimensional map of ideas, principles, practices, and locations of everything going on in the ‘new economy’ world. Imagine being able to user-generate idea-maps relevant to your own inquiries. Or being able to see where tribes stand on a set of core principles for the new economy.

These idea-maps might suggest areas where more emphasis or a change of direction might be needed by tribes or networks. And anyone will be able to interrogate the mind-map to see linkages, gaps in practice or thinking, differences of opinion, opportunities for collaborations, requirements for funding or other resources and much much more.

The mind-map will serve as an interactive, iterative and evolving tool for this new economy ecosystem.  It will seek to establish clarity and consensus on key principles and objectives for the new economy that can act as a foundation for the convergence of action. And it will highlight ways the various tribes might work together and will serve as the foundation for networking and collaboration towards the development of a convergence-alliance for the new economy.

Phase I of building the initial mind-map will end in May 2015, after a detailed consultation with leading international thinkers and practitioners in the new economy starting in February. Phase II, the launch of the mind-map platform, will planned for September 2015.  Phase III, networking and collaborating with tribes to start the process of developing a convergence-alliance, will be concurrent with phase II and ongoing through 2015 and beyond.

We hope you will want to get involved in the Lab and would be delighted to hear from transitioners and non-transitioners on the issues above. Please contact jules on jules@flourishingenterprise.org

Jules Peck has had a life-long passion for heterodox economics and undertaken extensive work in this area with think-tanks and others. As well as being convenor of the Real Economy Lab, Jules is also a founding partner at strategy consultancy Jericho Chambers, a Trustee of the think-tank Nef, a member of the Advisory Board of Sir Richard Branson’s B Team, an Associate of The Futures Company, a Practitioner of Happiness Works, a Director of the Happy City movement and a member of the Transition Towns training and consulting strategy group.