This Changes Everything – Capitalism versus the Climate 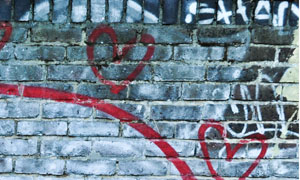 This post originally appeared in PR Week on 6th October 2014.

The main message of Naomi Klein’s new book, and accompanying film, This Changes Everything – Capitalism versus the Climate is one of hope for the future. But this future is only realisable, according to Klein, if we confront the fact that dealing with climate change will require questioning the very basis of capitalism.

This is not a book aimed at those already familiar with climate change and looking for a vision of an alternative economics. Its written for people in the ‘mainstream’ – the kind of people who read PR Week and perhaps might have read No Logo. And its an appeal to activists in the wider social justice movement to recognise climate change as a final rallying call for historic progressive and liberation movements – from anti-slavery to feminism and racial equality.

Klein’s vision of the way forward is a ‘Peoples Shock’ in response to regressive Shock Doctrines. She calls for the use of moral arguments rather than facts, for mass direct action, divestment from carbon intensives, decentralised community energy solutions, emergent and convergent grassroots commons and economic solidarity movements, a significant shift left towards a more socialist, post-growth and more equitable politico-economic project and a change in cultural values away from consumerism and towards community.

But despite many of the solutions Klein posits being of an overtly socialist and revolutionary nature, she mostly skirts around the question of whether we need a Keynesian reform of capitalism or to replace it with something different. This despite polling guru Frank Luntz admitting that even in the US the public now thinks capitalism is ‘immoral’. Klein posits social-democratic Scandinavian countries as examples of the way forward, despite their carbon heavy nature and the common critiques of social democracy as a doomed compromise with capitalism. It’s a shame that the book does not live up to its title and unpick the fundamental social and environmental problems with capitalism itself, nor explore the exciting alternatives emerging around the world.

But if you read Klein’s book alongside management guru Jeremy Rifkin’s important new book The Zero Marginal Cost Society then together these paint a vivid picture of a possible future beyond the apathy and isolation of our current economics and of a world beyond growth, climate change and capitalism.

The book is, in typical Klein style, eviscerating of everyone from climate activists, Big Green NGOs through climate denialists and corporations to green-tech solutions, Richard Branson and Warren Buffett. But it also paints a positive a vision of a collective response to climate change thats more people-power than solar-power. Despite its popularity, one could argue that society largely ignored No Logo. Lets hope we don’t ignore the message of hope in this book.